In chapter 12, Matthew says that Nixon was re-elected in a landslide because he promoted a peace agenda.

See this article about his landslide re-election: https://www.washingtonpost.com/politics/nixon-wins-landslide-victory-democrats-hold-senate-house/2012/06/06/gJQAJ4bIJV_story.html

Charleen was wondering why he had a signed photo of Nixon. Matthew said it was because he had a brother who had died in the Vietnam war and so Matthew had written a letter to Nixon saying that he appreciated that the president was working to end the war. 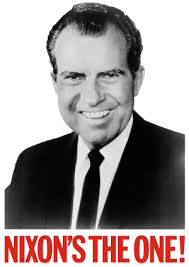